click here to learn about our campaign to bring hip hop art and healing to Rikers. Urban Art Beat and a new black arts movement have a team of dedicated mentors raising our own funds to bring ourselves and critical revolutionary hip hop pedagogy directly to an LGBTQ youth house on site.

Campaigners say the correctional complex is a blight on the city and now the mayor agrees, planning to shutter the prison in a 10-year process 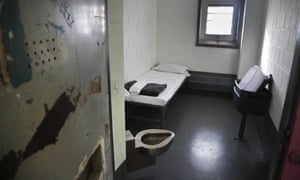 Rikers has its own place in the history of racism in America. Photograph: Bebeto Matthews/Associated Press

When Vidal Guzman ended up at the notorious Rikers Island jail in New York, he underwent a transformation.

“I had to become someone I was not,” he said. “I had no idea a place in my city could be so harsh and so violent. Getting into vicious fights was part of everyday life, part of survival, there were fights over everything – a phone, food, something small you owned. I’ve seen people get badly cut, and often the guards let it happen.” 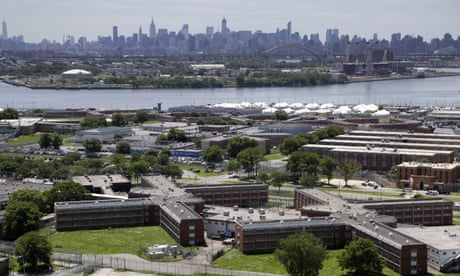 Rikers has been nicknamed Gladiator School, Torture Island, the Guantánamo of New York and, in summertime, the Oven. Temperatures rocket inside the concrete and metal buildings, which stink of human excretions and the garbage landfill they were built on in the 1930s.

When New York City mayor Bill de Blasio announced on Friday his intention to close down the infamous institution, Guzman, who is now 25 having entered Rikers as a teenager, told the Guardian he cried with relief.

“Being there was the saddest thing in my whole life,” he said. “You can’t take away its past and what it’s done to me, and others. It destroys people and their families. But I was happy to hear the news.”

De Blasio warned that shutting down Rikers will take 10 years, gave few details about how it would be accomplished, and could not guarantee success even if he achieves re-election in November.

The jail complex, on an isolated island in the river between the Bronx and Queens, is one of the largest, most stubborn sores on America’s blighted criminal justice landscape. It has an appalling history of abuse – by corrections officers on inmates and by inmates on each other and on guards.

Around 80% of the 10,000 inmates are merely awaiting trial, having been denied bail or having been unable to afford it. Many are never convicted.

The most notorious case in the jail’s recent history involved 16-year-old Kalief Browder, who spent three years at Rikers Island after being accused of stealing a small backpack. The charge was eventually dismissed. 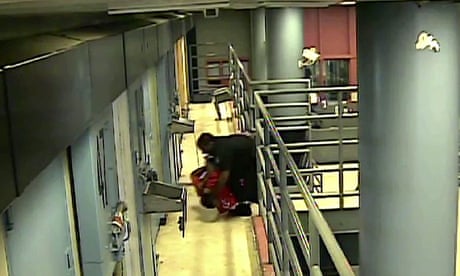 Browder was beaten by officers and inmates, as shown in disturbing footage from surveillance cameras, obtained by the New Yorker. In 2015, two years after his release, Browder killed himself.

In September 2016, six former officers were convicted of beating an inmate to a pulp because he had dared to look one of them in the eye. In late 2014, the federal government sued the city over what prosecutors called a “pervasive and deep-seated culture of violence” against adolescent inmates. 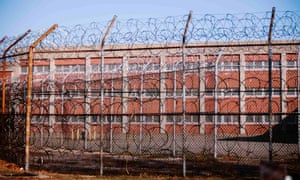 FacebookTwitterPinterest
Many jails and prisons are violent, but Guzman said Rikers was in a league of its own. Photograph: Lucas Jackson/Reuters

Many jails and prisons are violent, but Guzman said Rikers was in a league of its own. He ended up in a medium security prison upstate, sentenced for robbery and drug offenses. He felt safer there, he said, than he had at Rikers.

“I was with men doing 25 years to life and it was nowhere near as dangerous as Rikers, where the violence just feels so ingrained in the culture and you are scared the whole time,” he said.

Psychologically damaged and carrying a criminal record, Guzman struggled to adjust to freedom. He now works as a community organizer in Harlem for the campaign group CloseRikers.org.

Glenn Martin, the founder of CloseRikers and also a former inmate, said many of the physical characteristics of Rikers Island exacerbate its problems.

“It’s only a few hundred feet from La Guardia’s runways and the jails are flat and linear,” he said, “which means corrections officers can’t always see what’s going on or have to run down long piers to break up a fight – and that’s dangerous for both officers and inmates.”

Until 1966, prisoners were brought to Rikers by ferry. Then a bridge was built linking the island to Queens. The site is awkward to reach and feels remote, Martin said.

“Just one way on, one way off. It’s extremely isolated, with a history of abuse. Most New Yorkers will never visit Rikers and it all sends a message that the people stuck out there have no value.”

The jail complex can hold 15,000 to 17,000 inmates, although the population has been shrinking in recent years amidst falling crime and moves away from mass incarceration.

De Blasio’s plan involves halving the number of inmates and guards and building five small new prisons, one in each city borough, to replace the Rikers monolith. It is the first time in the jail’s history that the city has adopted a policy to close it, de Blasio said, despite years of scandals.

The announcement came ahead of the expected presentation on Sunday of a report from an expert panel that was expected to recommend a similar plan to phase it out. 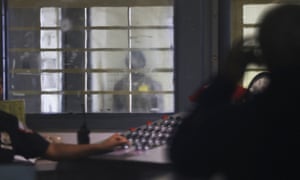 FacebookTwitterPinterest
The city has been sued countless times over abuse of inmates at Rikers. Photograph: Seth Wenig/Associated Press

In the past, the mayor was skeptical of the viability of plans to close the place, and some community groups have expressed opposition to having new jails built in their neighborhoods.

On Friday Robert Gangi, a mayoral contender and head of the Police Reform Organizing Project, said the city should spend any spare money on education instead. 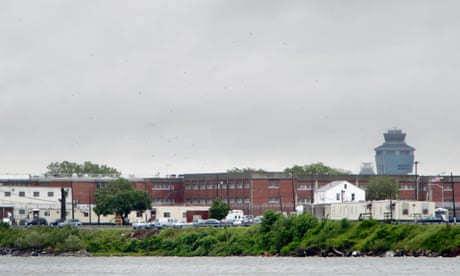 ‘A Lord of the Flies atmosphere’

The city has been sued countless times over abuse of inmates at Rikers, ranging from overly aggressive strip searching to mistreating mentally ill inmates with lengthy stretches in solitary confinement. Some, dying in excruciating pain, have been ignored.

In 2014, officers allowed Jerome Murdough to “bake to death” in an overheated cell. In 2012, Jason Echevarria died after consuming a toxic soap ball. He suffered in agony as officer Terrence Pendergrass, who was later punished with five years in prison, refused to call for help.

Martin said Rikers was disproportionately filled with black and Latino men and women, who make up 89% of the inmate population. The island has its own place in the history of racism in America.

In 1884 it was sold to the city by the Riker family, Dutch immigrants who had owned it since the 17th century. In the early 19th century, Richard Riker was a powerful magistrate notorious for declaring African Americans to be fugitive slaves and summarily dispatching them to the South, in a manner similar to that depicted in the Oscar-winning film 12 Years A Slave.

From the 1920s, the island was used as a garbage dump. Some argue it then became a dumping ground for humans.

“So many thousands and thousands of New Yorkers have churned through this human grist mill,” Martin said. “It’s the belly of the beast. Many are never convicted of anything and those that are should be given the opportunity to repair the harm they have done to society while maintaining their dignity.”

Held at Rikers when he was 16, Martin, who is now 46, was stabbed four times by fellow inmates in what he described as “a Lord of the Flies atmosphere” that was tolerated by the authorities. He went to a prison upstate, for armed robbery. He agreed with Guzman – he felt much safer there than at Rikers.

The best chance of succeeding in closing Rikers, he said, was for the city to speed up its notoriously-clogged criminal justice system and increase the use of rehabilitation and non-custodial sentences, reducing the incarcerated population while protecting public safety.

He commended De Blasio for his plan, albeit that it is very belated, he said. But he remains to be convinced that the mayor can pull it off.

“The devil is in the detail,” Martin said. “Is the mayor prepared to spend the huge political and financial capital that it will take to get this done?”