re: I’ve been a parent for one year, and this is what I’ve learned

almost didn't read, cause I was like. again yet another article written by white people. then I got over it and read. this is pretty comical. not that white people have no humor in my eyes:) just you know. there's a lot out there that white people write. researched a few sites for black and brown momma's. wasn't satisfied. I did learn that regardless. we are all sharing an experience and that transcends ethnicity. even though, damn some of this be like...what really? you do that?

I’ve been a parent for one year, and this is what I’ve learned 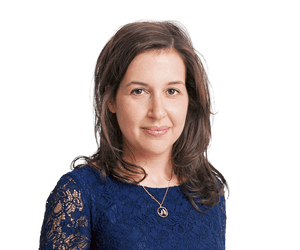 All fights with your partner will now be the same fight over and over, and that fight is ‘I do more for the kid(s) than you and you don’t give me any credit’ 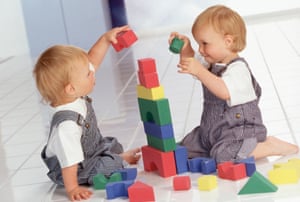 ‘I have never been as selfish as I am now, and I was hardly Mother Teresa before.’ Posed by models. Photograph: Getty Images

Last week was my twins’ first birthday, which means, as I pointedly said to anyone who brought them presents, it was also my first anniversary of being a parent. (As a good Jewish mother, I plan to turn every event in their lives into one that’s all about me. I am so looking forward to their barmitzvahs, where I will push all their friends out of the way as I run on to the dance floor screaming, “Return Of The Mack! Play it, DJ! Chooooon!”)

With only 365 days under my belt, I would not exactly call myself an expert. But given that I have got through a whole year without forgetting either (or both) of the babies on a bus, I have exceeded my own expectations. That’s the thing about parenting: as an experience, it is a nonstop revelation. Here are some of the things I’ve learned:

1 It has turned me into a terrible person. Before I had kids, the deification of parents used to vaguely annoy me. You know, when people say, “As a mother, I feel things very deeply, whereas all the rest of you are heartless shitbags”, or when politicians talk about “hard-working families”, rudely excluding all the not-very-hard-working single people, as I was then.

Now that I am a parent, I am completely baffled by talk like this, because I have never been as selfish as I am now, and I was not exactly Mother Teresa before. I would happily punch a kitten in the face if it in some way benefited my kids. I would feed them giant slices of the ozone layer if someone told me it was good for their cognitive function. Anyone who suggests that having kids makes you more empathetic – as Andrea Leadsom did, to no one’s benefit this summer – is lying. Sure, I hope the planet doesn’t become a giant dumpster fire, but only because I want my kids to have somewhere nice and shady for their playmat. This does not make me a superior person: it makes me a dick. Parents are the literal worst and I honestly think they should all be banned from public office and, quite possibly, life in general.

2 All fights with your partner will now be the same fight over and over, and that fight is, “I do more for the kid(s) than you and you don’t give me any credit.” Welcome to the next 18 years of your life!

3 One of my favourite jokes from Friends (stick with me here) comes when Joey, meeting someone without a TV, asks, “What does all your furniture point at?” There is an assumption that without a child, a person’s life has no focus, nothing for their furniture to point at. I am here to tell you categorically that this is nonsense, and the only people who claim otherwise are parents who want everyone’s life to be as tediously repetitive as their own.

Is Channing Tatum in a fish tail the feminist dream realised? The jury’s out

4 The head/heart divide is stronger than ever. When I interviewed the screenwriter Diablo Cody a few years ago, she told me that having a baby was “like having your heart outside your body”, and this is definitely true. But while my heart feels like it’s been internally rearranged, my head feels exactly the same. Maybe some people discover sudden maturity when they have kids. I, on the other hand, still find childcare more boring than, say, getting stoned on a beach by myself. But if I actually went to a beach, I would spend 70% of my time there gazing at photos of my babies on the phone (and the other 30% spangled out of my brain). Does that count as maturity?

5 Which has led me to wonder if maybe my own parents weren’t always as happy to spend time with me as I assumed. Maybe my mother didn’t want to give up every Saturday in 1989 to watch my tap dance class? Perhaps she doesn’t want to provide me with free childcare while I write this column? Nah, that’s ridiculous.

6 I realise the current trend is to suggest that it is liberating, feminist even, to talk about how tiring/hard/hellish it is to be a mother. I would like to urge caution with this. Sure, talk to any friends in exactly the same position as you, but to a woman desperately trying to get pregnant your Facebook status update about frustrating sleep patterns will sound like sadness that your house is too big.

I was in my late 30s when my babies were born, so I have seen too many friends struggle or fail to get pregnant, suffer miscarriages or stillbirths, or care for children with special needs, to ever complain about what a nightmare it is to have two healthy babies. Because that’s probably the real thing I found after a year of parenting: how absurdly lucky I feel.